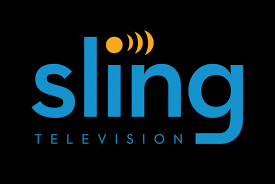 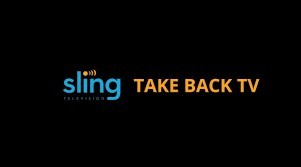 The Quick And Dirty: Sling TV is the original live TV streaming service, and it’s still known as the cheapest. Sling TV has support from a ton of streaming media devices (Roku, Apple TV, Amazon Fire TV, etc.), and it works on nearly every smart device.

Sling TV is far from perfect, but since adding its Cloud DVR service, it’s looking more and more appealing. If you’re serious about getting a live TV/on-demand streaming service, Sling TV is worth a test drive.

You only have a few Sling TV plans to choose from, so you’d think deciding would be easy. Spoiler: it’s not.

*One stream for Orange channels, and up to three streams for Blue channels

2. Sling will charge your account after the two months pass unless you choose to cancel. No refunds are issued once your account is charged. Not even partial or prorated refunds.

3. A single Roku device cannot stream to all of the TVs in your home. You’ll need a streaming device for each TV (unless your TV is a smart TV).

Sling TV has three TV plans: Sling Orange ($20/mo.), Sling Blue ($25/mo.), and Sling Orange + Blue ($40/mo.). Because of the bizarre, non-descript plan names, it took us longer than it should to decide which plan to try. We don’t blame you if you feel confused as well. In fact, it takes Sling TV a full page to explain the differences between the plans.1

Choosing the right Sling TV plan will require some thinking on your part. We found some odd differences between the Orange and Blue plan. For example, ESPN and Disney, two of the most popular cable channels, are available on Sling Orange, but not on the more expensive Sling Blue. Also, FOX and NBC channels are on Sling Blue, but not on Sling Orange. This goes against traditional TV plan pricing—where you get all the channels in a cheaper plan when you pay for the more expensive plan.

If you’re pinching those pennies, you might like to know Sling TV is cheaper than DIRECTV Now or Playstation Vue. However, it’s less expensive for a reason.

Sling TV’s starting price of $20 per month is the lowest price for any live TV streaming service. To compare, DIRECTV Now and Playstation Vue start at $35 per month and $30 per month, respectively. You can probably chalk up the difference in pricing to channel selection.

Sling TV’s lower pricing means starting with less channels (20–30+ channels depending where you live), whereas DIRECTV NOW and Playstation Vue start with 45–60+ channels. But quantity doesn’t always equal quality, so it’s worth checking to see if those extra channels are worth the extra dough.

If you didn’t know already, CBS, ABC, FOX, and NBC are all broadcast in HD over the air for free. All you need is an HD antenna. If you want a backup to make sure you never miss anything on a broadcast channel (Super Bowl, Olympics, NBA Finals, World Series, etc.) just cough up $20 for an HD Antena and never worry again.

When deciding on which Sling TV plan to try, just make sure you’re getting the plan with the channels you want. It may seem like obvious advice, but we had to check a few times to make sure we were getting FOX channels (FOX,  FX) and ESPN.

Creating a Sling TV account takes all of two minutes, but deciding how to watch Sling TV may take longer.

Sling TV supports plenty of TVs, streaming media devices (Apple TV, Roku, Amazon Fire TV, etc.), and smart devices. You can even watch it on XBOX One. (Sorry Playstation fans, but Sony’s Playstation Vue is a Sling TV competitor so it’s not available on the PS3 or PS4 systems.) We tested Sling TV first on the computer, so we could keep up with college sports while stuck at our desks. Turns out this led us straight to one of Sling TV’s setbacks—there’s no web app!

If you want to watch Sling TV on your PC or Mac, you’ll have to download the Sling TV application and install it. You could argue it’s not a big deal to download yet another application, but we get a little annoyed by download prompts when we just want to use a service in the browser (i.e., a web app). For example, DIRECTV NOW’s live TV service let’s you log in to the service from any web browser, so we know it’s possible for Sling TV to do the same.

We realize this may be a non-issue for some, but we find it cumbersome to deal with, especially when the app crashes (it did) and you can’t log in for hours(that happened too). However, after the initial hiccup, you’ll likely find yourself immersed in live TV land.

Finding Your Way Around Sling TV

It doesn’t take much guesswork to navigate Sling TV, but it might feel odd to those unfamiliar with streaming video services.

It seems Sling TV is trying to mirror the Netflix experience, and that can be good or bad, depending how you like your TV. TV shows and movies are displayed as cards, much like

Netflix or Hulu. Sometimes all the info you need is on a card, and sometimes it’s not. You just won’t know until you select it.

There’s not much beyond the card layout, but if you find yourself lost you can always use the search function—which works like it should. Also, you can “like” a show to add it to your favorites, so you can find it a little more easily next time you log in to Sling TV.

Tune In With Little To No Time.

If you just want to rest, relax, and tune out by tuning in, Sling TV’s On Now feature tells you everything that’s on TV in mere seconds.

The On Now feature even breaks shows and movies down by genre. Of course, this isn’t anything new, but it’s so quick and simple to find out what’s on we can’t help but like it. We especially enjoy the orange-ish progress bars that let us know how far along a movie or show is. We can tell right away that The Legend of Drunken Master just started, so we know we have time to grab some goodies before settling in for an hour or two of Kung Fu.

Besides the On Now feature, you’ll find pretty much everything you’d expect from a TV service: an overall channel guide, a sports guide, and a movie guide. These guides limit their selection to live TV and a handful of on-demand shows. The only exception is the movie guide, which functions more like an online rental store, like iTunes, Google Play, or Amazon, but with a smaller selection.

For an extra fee you can watch new release movies or choose from a small selection of films, but prices vary. For example, we could watch Rogue One: A Star Wars Story for $5.99 (in HD) or settle on a timeless classic, like Tremors, for half the price. Whether you agree or not with our taste in movies, having easy access to digital rentals is a welcome comfort, and it’s something you won’t find on Netflix.

Sling’s Cloud DVR Is Not Like Your Old DVR

Sling TV recently added a Cloud DVR feature to its service for an extra $5 per month. The Cloud DVR lets you record up to 50 hours, but it’s only compatible with Roku, Amazon Fire TV, Apple TV (Gen 4), and Android devices.

It seems like the Cloud DVR is still in early development because it lacks many of the bells and whistles we’ve come to expect from physical DVR devices. For example, there is no way to protect your recordings. If you record more than 50 hours, Sling TV will start automatically deleting your oldest recordings, even if that oldest recording happens to be the seminal film, Predator. Those 50 hours go quickly, so we recommend staying on top of your recordings.

The other thing to know about the Cloud DVR is that you can’t record everything. All Disney and ESPN channels are off the menu, so you if you want to record the NBA playoffs, like us, you have to record it off of NBA TV or TNT. FOX local channels and FX are also not recordable, as well as On-Demand movies and shows. Still, we did like the option of going back and watching last night’s game between the Celtics and Wizards, so even if it’s not perfect, it’s still DVR.

We expect Sling TV’s Cloud DVR to get better, but it’s nowhere near as convenient as a physical DVR like Dish’s Hopper or DIRECTV’s Genie.

Paying the extra $5 per month for Cloud DVR service may solve the problem of dealing with commercials, but we can’t help but wonder, why doesn’t Sling TV just tell us if a program has commercials before we start watching? We want a better experience than a white text on black screen that says the following:

We don’t think we’re asking too much when all we want is straight-forward information. As you can tell from the sample screenshot, Sling TV says, “fast forward and other functions may not be available.” Well, we don’t like guessing if something may or may not be available. Please don’t make us do the investigative work.

To be fair to Sling TV, other live TV streaming services do this as well (ahem, DIRECTV NOW). But we’ll keep bringing it up in hopes that someone will hear us and so you won’t be surprised when you come across it.

What Can I Watch Sling TV On?

A Free Roku Express? You Have Our Attention.

Live TV streaming services are offering some sweet deals to get you onboard. We mentioned the free Apple TV in our DIRECTV NOW review, and it appears Sling TV is using similar tactics by offering a free Roku Express when you sign up for two months of service ($20/mo.). Considering a Roku Express costs $29.99, it’s a pretty good deal: $40 (two months of service) – $29.99 (Roku Express) = about $10. Not bad!

As with any promotion, we’re not sure how long it will last, but it’s tempting.

Is Sling TV Worth It?

As we spent more time with Sling TV, we couldn’t help but think of wannabe cord-cutters. If you’re paying for subscription TV just to get a handful of cable channels, Sling TV will save you some serious dollars. You still might have some extra fees if you want to add a channel package or Cloud DVR service, but we doubt the price would be anywhere near a traditional cable or satellite TV bill.

If you’re hanging on to traditional TV for those few precious channels, you can let go now. Sling TV isn’t perfect, but it’s pretty darn good. The best part is, you can try it yourself for free. We’re more than happy to be done with contracts and we-don’t-understand-what-these-are fees. We say sign up in a few minutes to try Sling TV out and if you don’t like it, it just takes two minutes to cancel. It’s as easy as that.

We’ll add more to the review as we test updates to Sling TV, but in the meantime we’d love to hear from you. 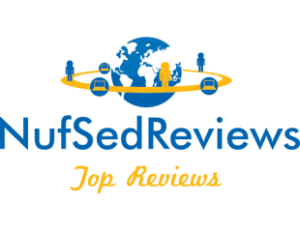 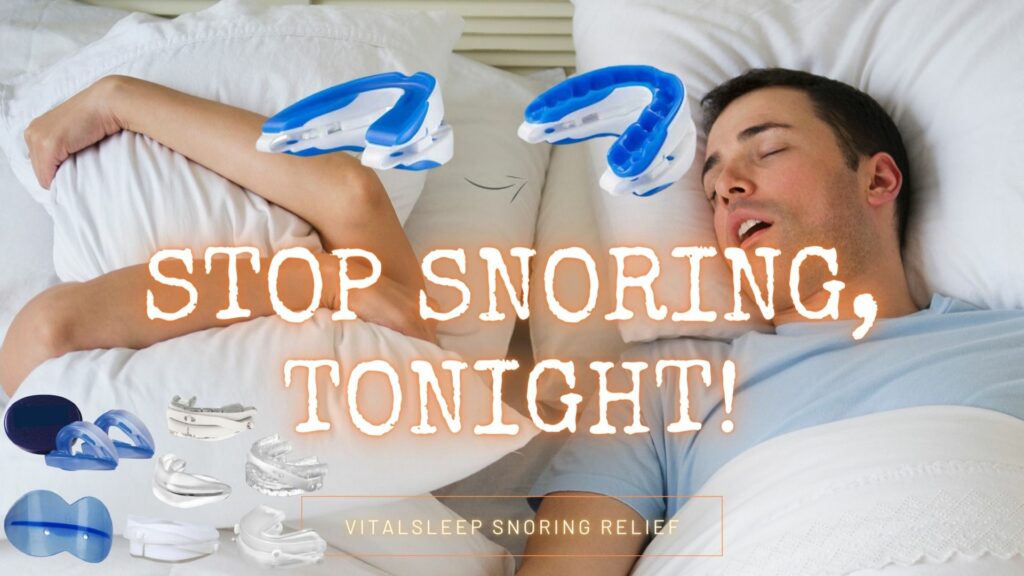 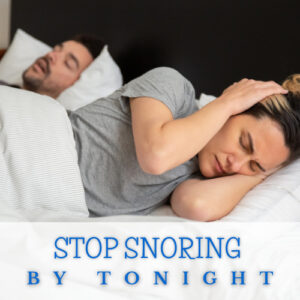